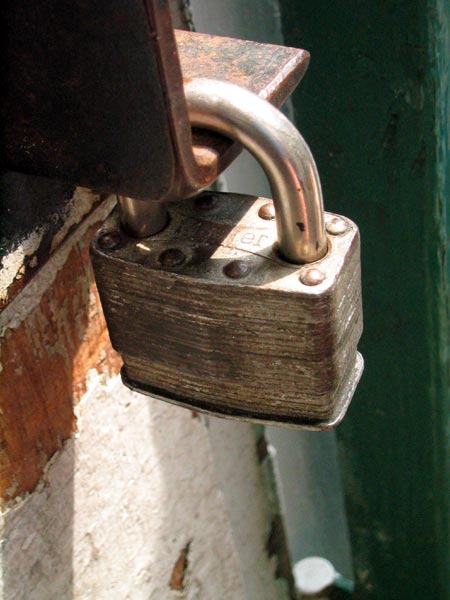 Once the Department of Justice has an opportunity to investigate whistleblower allegations, it will unseal the contents of the relator’s original complaint – and may file a Complaint in Intervention.
Image source: Wikimedia Commons

In yesterday’s post, we examined some of the trends in recently unsealed qui tam lawsuits as surveyed by the National Law Review.[1.  “September Health Care Qui Tam Update,” The National Law Review, September 21, 2015, http://www.natlawreview.com/article/september-health-care-qui-tam-update] Of the 39 unsealed cases that were surveyed, many involve allegations of wasteful, and even dangerous, healthcare fraud.

Today we will review the underlying facts of two of these cases. As always, if the facts of any of these recently unsealed matters seem familiar or you recognize similar ongoing fraud at your place of employment, contact Berger Montague right away.

This case was filed in September 2010 against New Jersey-based Garden State Cardiovascular Specialists.[2. “September 2015: Health Care Qui Tam Updated, Recently Unsealed Cases,” The National Law Review, September 17, 2015, http://www.natlawreview.com/article/september-2015-health-care-qui-tam-update-recently-unsealed-cases] It involves allegations of false claims made to both Medicare and TRICARE, the latter of which provides health coverage for current and former members of the U.S. military and their families. The relator, an employee at a third-party billing agency that handled the cardiology practice’s claims, alleged that Garden State was made aware of several billing errors and did not take steps to remedy the problem. The relator accused Garden State of billing for work by a physician who did not actually provide services, billing for medically unnecessary cardiovascular tests, and engaging in illegal upcoding. The relator also accused her employer, the third-party billing agency Medigain, of knowingly filing false claims in exchange for payment.

In this case, the government opted to intervene for purposes of settlement only, and unlike many of the recently unsealed cases, this case already reached settlement prior to the settlement. In May 2015, Garden State agreed to pay $3.6 million in response to the allegations. The government’s intervention was solely against Garden State Cardiovascular, and they opted to not to pursue claims against Medigain.

In another case, from south Florida, Brevard Eye Center is alleged to have engaged in fraudulent billing with regard to its anesthesia provisions during both cosmetic and medically necessary procedures. The relator, an employee at BEC, accused the ambulatory eye center of “packaging” together bills for both services without deducting the cost of anesthesia for the cosmetic component of the procedure (which is a legal requirement under federal guidelines). In addition to the company, the relator named individuals as defendants, including optometrists and executive officers at the center.

The company is also alleged to have offered regional optometrists $100 for every referral, ordered unnecessary cataract procedures, employed optometrists who were not licensed to perform surgery, and billed the government for injections of Botox obtained on the “black market.”

A significant portion of this case remains under seal, and the extent of the government’s intervention remains to be seen.

If you are aware of possible fraud involving your employer, please do not hesitate to contact Berger Montague today.